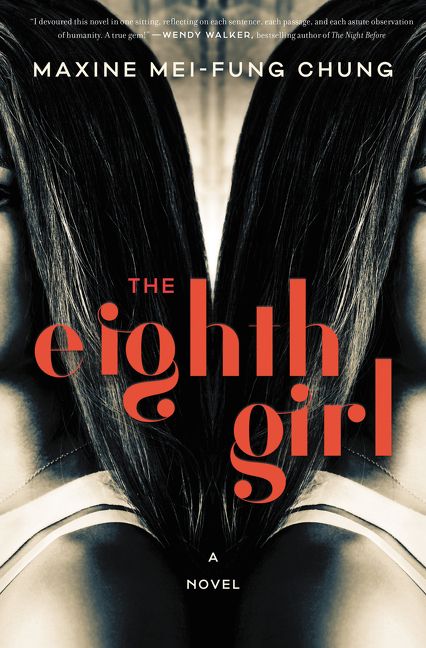 Perhaps the most terrifying tales are those that occur in real life, because of real things that real people have endured. I remember reading Sybil in high school, I think it was required reading in my psychology class, but it’s also equally possible that I sought out the book myself when I first learned of multiple personality disorder being a thing.

I can’t even imagine what that would be like. Is it voices in your head, or you just black out? Or maybe both? I’ve heard that some personalities hide and others make themselves known. And I’m sure that there is so much speculation and fiction written on this topic that much of the information out there is dead wrong (sorry if I’m contributing.)

Still, it’s a pretty fascinating topic. And just a crazy example of the wild things that go on in our brains. This one has been optioned by Netflix too! I always love a good movie to look forward to, or maybe a show in the vein of You?

One woman, multiple personas. But which one is telling the truth?

Beautiful. Damaged. Destructive. Meet Alexa Wú, a brilliant yet darkly self-aware young woman whose chaotic life is manipulated and controlled by a series of alternate personalities. Only three people know about their existence: her shrink Daniel; her stepmother Anna; and her enigmatic best friend Ella. The perfect trio of trust.

When Ella gets a job at a high-end gentleman’s club, she catches the attention of its shark-like owner and is gradually drawn into his inner circle. As Alexa’s world becomes intimately entangled with Ella’s, she soon finds herself the unwitting keeper of a nightmarish secret. With no one to turn to and lives at stake, she follows Ella into London’s cruel underbelly on a daring rescue mission. Threatened and vulnerable, Alexa will discover whether her multiple personalities are her greatest asset, or her most dangerous obstacle.

Electrifying and breathlessly compulsive, The Eighth Girl is an omnivorous examination of life with mental illness and the acute trauma of life in a misogynist world. With bingeable prose and a clinician’s expertise, Chung’s psychological debut deftly navigates the swirling confluence of identity, innocence, and the impossible fracturing weights that young women are forced to carry, causing us to question: Does the truth lead to self-discovery, or self-destruction?

Alexa is a smart girl. And deeply troubled. But from the onset, as we get to know her, her stepmom Anna who stuck by her side even after her father left them, and her best friend Ella who also stuck by her side when others may have found her strange, Alexa seems to be working hard to live with and maybe even ultimately overcome her multiple personality disorder.

Her therapist, Daniel, is a strange bird too. He seems to deeply care about his patients, but also seems to lack a maturity and a knowledge of what a really healthy doctor/patient relationship looks like. Still, he cares about Alexa and wants to help.

Alexa, understandably so, is a bit stunted socially. So she follows Ella around like a little bird, even when Ella is walking all over her. So when Ella takes a job as a waitress as a strip club, Alexa also gets sucked into the unsavory and seedy underbelly of the club.

On one hand, Alexa is working hard as a photographer’s assistant to build a strong legitimate career, and on the other, she is dating a bartender who may be involved in pornography, oh, and also sex trafficking. It’s not good.

The Eighth Girl was an interesting read, but I had a hard time staying focused on exactly what was going on. Flash. What exactly was going on with Daniel and who the heck was in charge of Ella’s mind. And what was the timeline again? Flash.

I think it was supposed to be confusing to a point, because can you imagine having eight personalities? My husband gets confused by just me. But it went a little foo far for me. I will say I was genuinely surprised by some of the plot twists.

Special thanks to Netgalley and William Morrow for an advanced e-galley in exchange for my honest review. This one is out March 17. Pre-order your copy: