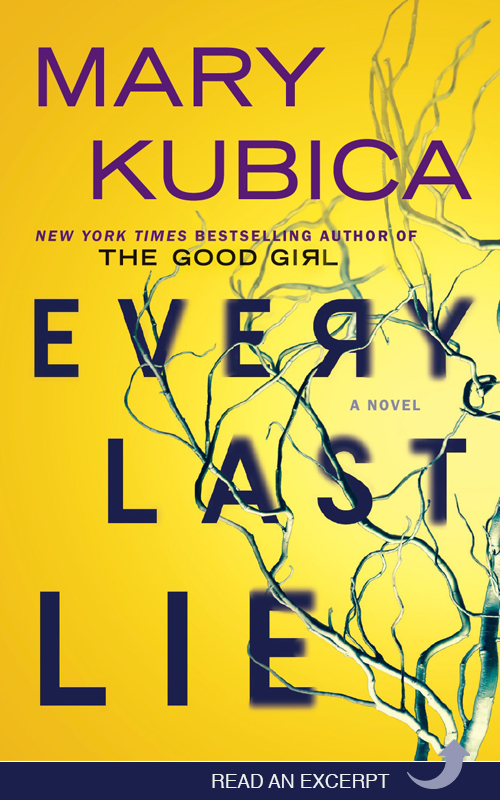 I’m kind of excited for my very first blog to be a review on Every Last Lie by Mary Kubica. Let me explain. This is her 4th book, and every single one has been amazing! She is also a local author and although I have never met her, I can claim that some of my Facebook friends are friends with her. So, the whole six degrees of separation thing is strong here.

The Good Girl, her first book, came out in 2015 and I have been excited for each new release. A lot of authors who have an awesome debut suffer from a sophomore slump, but seriously this is so not the case with Kubica. Her books have come out quickly and they are all well-developed and written books.

As a side note, I was the first person to receive this particular copy from my library. I love that new book thrill, and it kind of feels extra exciting, like I’m cheating, when I get a brand new book that’s never been read from the library.

But I digress. Let’s get to the book.

Every Last Lie by Mary Kubica

Clara Solberg’s world shatters when her husband and their four-year-old daughter are in a car crash, killing Nick while Maisie is remarkably unharmed. The crash is ruled an accident…until the coming days, when Maisie starts having night terrors that make Clara question what really happened on that fateful afternoon.

Tormented by grief and her obsession that Nick’s death was far more than just an accident, Clara is plunged into a desperate hunt for the truth. Who would have wanted NIck dead? And more important, why? Clara will stop at nothing to find out–and the truth is only the beginning of this twisted tale of secrets and deceit.

Told in the alternating perspectives of Clara’s investigation and Nick’s last months of leading up to the crash, master of suspense Mary Kubica weaves her most chilling thriller to date–one that explores the dark recesses of a mind plagued by grief and shows that some secrets might be better left buried.

I found Every Last Lie to be just as compulsively readable as Kubica’s other books. It took me about three days to read, during a very busy July 4 weekend. I was a little upset with myself every time I set the book down because I wanted to read more. But, you know, life.

She switches each chapter up, offering Nick and Clara’s accounts of the same time prior to Nick’s death. And as you read deeper into the book, those accounts become radically different from one another. Even though Nick dies at the beginning of the book (no spoiler here, the book description tells us this), he is very much a main character in the book making it more sad by the end when we actually feel like we know him.

The book is suspense for sure, but kind of more like a garden variety suspense. I don’t want to use that term negatively, but while it was certainly a page-turner, there weren’t any supernatural or incredible events that happened. It seems more like a story you would hear about at a neighborhood barbecue or gossiping at the gym.  I guess what I mean to say is that what happens in the book could happen to any one of us. Maybe that makes it less scary, maybe it makes it more so.

If I have any criticism, I would say that I didn’t feel a whole lot of emotion coming from Claire’s character. Maybe that would have bogged down the story too much. But she seemed fairly level headed despite the fact she had just lost her husband she was very much in love with AND had just pushed out a brand spanking new baby. She definitely went through some stages of anger, but I didn’t feel the crushing sadness someone in her position might feel.

By the end of the book, I was feeling some pretty strong emotions myself (in a good way!), even if it didn’t end up exactly as I’d thought. I would definitely recommend this book to readers of suspense, Kubica fans and maybe even fans of Jane Green or Jennifer Weiner who want to dip their toe in the suspense genre. I think it definitely has crossover appeal.

You can head over to Mary Kubica’s website to read an excerpt. Happy reading!

4 thoughts on “Every Last Lie”